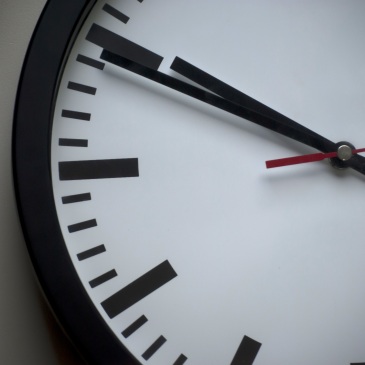 In the long-run, autonomous vehicles are expected to transform transportation. Not only will they free up hundreds of hours every year for the average person, they are expected to be significantly faster. So what does this mean for our urban form? Five decades ago, a planner might have said “Nothing!” We assumed people always wanted to minimize travel. Improvements to transportation infrastructure meant people would travel less. Since then, researchers have thoroughly disproved that notion. Instead, we now believe people have a travel time budget: an amount of time people wish to travel in a day. Under this theory, people don’t travel less when their drive to work gets faster, they just use that extra that time to travel somewhere else.

The notion of a travel time budget was first introduced by Yacov Zahavi in the late 70’s. At the time he was looking for ways to improve travel demand modeling. The existing models did a poor job of reflecting reality and required extensive calibration (partly because they were based on that flawed assumption that people want to minimize travel). Zahavi’s research found that people generally wish to spend between 1.1 and 1.3 hours per day traveling. This was a huge paradigm shift for transportation planners, but research has continued to support and reinforce the idea of a travel time budget.

Another idea that has been widely studied and compliments travel time budgets is that of induced demand. This theory is based on simple economics. Basically, when you reduce the cost of something we will consume more of it. The theory of induced demand applies that same thinking to transportation. Returning to the example in the introduction, when a new highway reduces the time (which is the cost in the case) it takes to get to work, we will use that extra time to drive elsewhere or further, lot less.

Unsurprisingly, the theories of travel time budget and induced demand tie directly to Peter Muller’s Transportation Era’s. One of the core themes in his article is that transportation modes that increase transportation speeds cause the urban footprint to expand…up to a point. Muller mentions that early cities were limited in size by the distance a person could walk in a half-hour. The travel time budget would suggest all cities are limited by the distance a person can travel in a half-hour irrespective of the mode. Induced demand supports this conclusion and posits, among other things, that people will simply travel farther if the trip is faster.